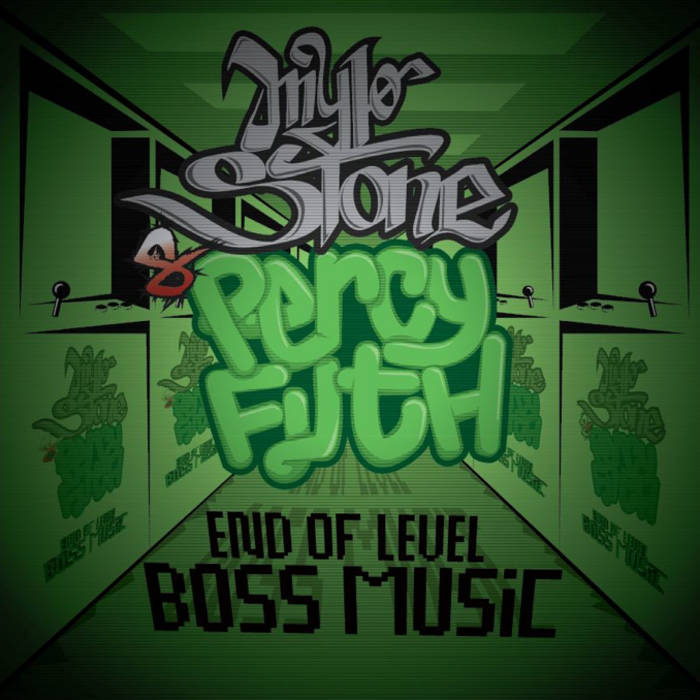 "Yeah we should work on some tunes bro" is a statement that gets thrown around by producers and emcee buddies everyday worldwide. Usually life, procrastination and other musical distractions occur until the once promising agreement on working on new music turns into a hip hop elephant in the room and nothing comes to fruition.

Producer Percy Filth and emcee Mylo Stone had such a conversation around 10 years ago and thankfully what could have been an elephant is instead a shiny new EP on Aerosolik records and Eatgood records collectively.

Birmingham raised Percy has been making waves on hip hop scene since his debut EP "Don't Take It Percynal" which dropped on Areosolik Records in 2007, two years later he dropped the worthy follow up "Elbow Grease" which featured the cream of UK talent on EATGOOD Records; working with the likes of FOREIGN BEGGARS, SONNYJIM, STIG OF THE DUMP, DR SYNTAX and more!
Since his last release Purse took some time out from production on a self imposed exile in order to sharpen his skills and rebuild his music setup with the latest and greatest gadgets and wizardry, he's also relocated to Bristol for a change of scenery/vibes which is how this new project picked up steam!

Mylo Stone is a key figure in a plethora of heavy crews which have seen his involvement over the years, initially in a group called the Cohorts and based in Plymouth they dropped their Co-Dependant LP back in 2006 which had a Percy Filth collab in the form of the track "GO FLY".

While Percy was busy with EP number 2 Mylo had relocated to Bristol and dropped a solo album "SUICIDE CLUTCH RAP" and formed two new crews "THE SWAMPS" (with Chattabox and Sam Otis) and "BASTARD SUNZ" (with DJ Rogue and emcee B'Tol). Mylo is both prolific and unavoidable having torn up the Bristol scene, plenty of festival circuits and supporting the likes of LORD FINESSE, RA THE RUGGED MAN, CHESTER P, BUGGSY and more!

So...what is End Of Level Boss Music?, well lets set the scene, the jolly in-game music fades out, the scenery dulls into blackness, you've got a matter of seconds to check your power-ups/items and surroundings (theres usually rumbling too) before a menacing soundtrack starts up and you're presented with a monster of gigantic proportions. Think Robotnik, Bowser, M Bison, Gorro all rolled into one; this is the sort of music they'd play when they're at home!.

End of Level Boss Music has Percy Filth upping his game with maximum hit points; his production style has elevated meaning the drums knock even harder than ever before, the synths are even more infectious and the trademark glitches/blips and bloops are very much live in effect! Meanwhile, Mylo is deadly as always and used all of his experience to unlock hidden characters like Rola Roc, Sonnyjim, Kosyne, Juice Aleem, Bva, Eva Lazarus, Split Prophets and Serocee to help him on his quest as he smashes through 7 tracks of stellar hip hop.

Brukfoot (feat Serocee and Res & Upfront from Split Prophets) is already setting the blogsphere and Youtube alight as the emcees cruise through their verses assisted with a brash Serocee chorus, it's Reggae, it's Boombap it's glitch it BANGS! Peep the video and track here www.youtube.com/watch?v=uAfhw-C-IVw

Meanwhile the bounce continues with tracks like "Raise The Bar" which features Four Owl BVA, Numskullz legend Rola Roc, EATGOOD RECORDS head honcho SONNYJIM and a "Strepsil smooth" hook courtesy of the splendid Eva Lazarus. Banging throughout it's a rollercoaster adventure of banger after banger.

Bandcamp Daily  your guide to the world of Bandcamp

cktrl talks about heartbreak and his new record 'Robyn'